​​​​Four Points by Sheraton is a four star hotel complex, hospitality & entertainment facility that opened in early February 2016. It is nestled in the City of Des Moines, a quaint, water-side city south of Seattle and just three miles from one of the busiest airports on the West Coast, the Seattle-Tacoma International Airport. It is also within easy reach of a host of commercial services available in the Pacific Highway South business district.

The Artemis Hotel Group operates the Shanghai Mingde Plaza Hotel, a 5 Star hotel complex in Shanghai, China. Des Moines, Washington is the home of the first Artemis Hotel investment in the Greater Seattle Area. The hotel’s 1930’s Art-déco style luxury building will both stand out and add a new dimension of architectural design to the heart of the Pacific Ridge Commercial Zone on Pacific Highway South.

The Artemis is designed to both impress and pamper. Its Grand lobby features a 25 -foot high ceiling. The banquet room is an expensive 6,000 sq. feet and can accommodate 300 guest seats. It boasts a pre-function area, as well as separate meeting rooms. A fine dining room serves Chinese cuisine, and features private rooms for serving parties of up to 30 guests.  An American Grill restaurant will be found at lobby level and a cafe lounge is on the upper floor. Sixteen deluxe Penthouse Suites in 950 sq. ft. each, will feature panoramic views of the Puget Sound and the views of all season snowcapped Mountain Rainier and the Olympia or Cascade Mountains. The Artemis Hotel will feature casino styled Poker Room operated by a well–known gaming operator “Great American Casino”, various popular table games including Black Jack, Poker and high limit Baccarat shall be playing.

24 hours shuttle bus services is provided for easy transportation to Sea-Tac International airport and daily scheduled to and from Seattle downtown area.

​The Pacific Northwest has been recognized as a highly desirable place to live and work because of the quality of life offered to Seattle area. A traditional strong and stable economy, beautiful environment, and wealth of culture and recreational opportunities distinguish the Puget South region of Washington. Despite the low-growth economy after the 2008 recession, local powerhouse corporations such as Boeing, Microsoft, Starbucks and Costco are still financing the expansion of their operations as well as expending their global reach.

Tourism is Washington State’s fourth largest industry. The Puget Sound has long been a healthy tourist element in its economy.

​​Because of its proximity to growing markets in Pacific Rim, the region is expected to experience continued economic growth through international trade and attract international travelers flying from Asian Pacific Rim countries. Seattle-Tacoma International Airport will be the first to benefit from this growth.

The Silver Lining: US economy is recovering in a steady pace. Many U.S. real estate market analysts agree that the real property market has found its floor and is turn around in these few years, and the commercial markets will recover more quickly than most housing markets. Seattle boasts its corporate giants, is among the top of the list for “hold” on income properties.

Realty.com, an online realty reporter rated the Seattle market a strong “ buy” and  is the “number one buy” among industrials near Puget Sound area. Port of Seattle will benefit from the growth of local giant corporations and exporting growth to Asian Pacific Rim countries. Since Port of Seattle has the closest distance of Ocean flight to Japan and China.

Des Moines is located on the shores of scenic Puget Sound. This unique town is located on Interstate -5, midway between the cities of Seattle and Tacoma just two miles from SeaTac International airport. There is easy freeway access to the Kent, Renton, Auburn industrial areas as well as the city of Bellevue. Seattle’s ocean shipping terminals are just 13 miles away and Tacoma’s just 10 miles. Public transportation is available throughout the city. “Des Moines is a waterfront community located midway between Seattle and Tacoma in Washington State. Our community was homesteaded by a group from Des Moines, Iowa and we share the same name. Des Moines has numerous beaches and public parks on Puget Sound. We offer housing opportunities for every income level and the City is continually seeking new business and development opportunities. The City’s marina is right next door to our small-town shopping district. Our fishing piers and boardwalk are premiere places to stroll as the sun sets behind the Olympic Mountains. Mild seasons provide an occasional snow day in the winter and temperatures rarely exceed 90 degrees in the summer. Des Moines is also home to Highline Community College”.

The Artemis Hotel is a luxury hotel with world class facilities. With a total developing investment  of $45,000,000 becoming the destination of choice for  US and Canadian-professionals visiting the Greater Seattle area as well as International travelers visiting or passing through the Northwest from Pacific Rim countries .The hotel will also become a regional and International draw for those seeking  relaxation , fine dining, and entertainment. The Artemis Hotel is a full -service hospitality building, designed with a sophisticated 1930’ Art Déco flair. The Porte Cochere at the front porch and Concierges in the signature Grand Lobby will hint at top priority service to be offered to each guest during his or her stay. The hotel features 225 spacious guest rooms, including 16 Penthouse –Suites, each with a spectacular view overlooking the Puget Sound and the majestic Mountain Rainier, which stays snow-capped all year round.

An award winning restaurant will offer top-quality Chinese cuisine, the menu will include Lobsters, & Alaskan King Crabs among other seafood delicacies.  An American Bar & Grill at the lobby level, it will serve as an entry way to the Casino game room, where guests can play cards with their favorite table games. Live music will be available every weekend for music lovers. A 6,000 sq. ft., Banquet Room is located on the 3rd floor, attached to a pre-function lobby. The venue will be a perfect place for hosting wedding events, conventions and annual dinner parties.

A rooftop on the recreation floor will be the ideal place for sun-bathing and for a relaxing spa or massage.  Fitness center is open 24 hours. Golfing and Ocean Cursing can be arranged by concierge staff with advance reservation to any nearby golf courses and marina, all within driving distance. 24 hour shuttle bus services to the airport, and daily shuttle is scheduled to and from Seattle downtown on a regular basis.

Founded in 1940, is a third-generation, family-owned business headquartered in Puyallup. From humble beginnings as a one-man home remodeling company, Absher has grown to become Pierce County's largest general contractor and a regional and national leader in the construction industry. Absher is a full-service firm, providing project cost estimating, value engineering, scheduling, building information modeling, green building conductibility, information technologies and commissioning, as well as the carpentry and concrete trades.

​​​Absher balances its legacy with a commitment that is inherent in its core purpose: to create and build community with vision and compassion. The company's project experience is multi-faceted with goals and outcomes as varied and individual as the project partners, communities and stakeholders that are invested in them. Consistently ranked among the top five Washington State-based general contractors, Absher delivers premier preconstruction, construction, construction management and design-build services across multiple market sectors. 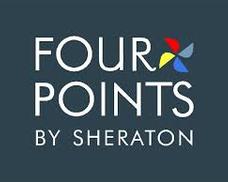 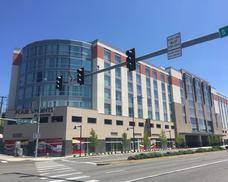